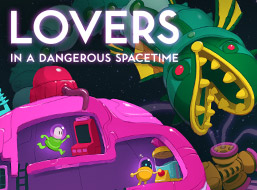 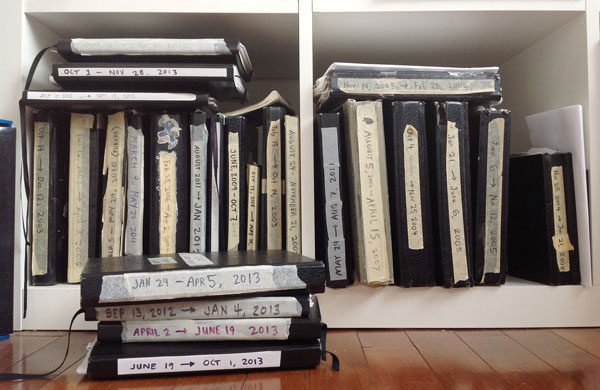 For this game, enemy design is always a balance between keeping the geometric style of the game and still trying for interesting creatures. We’re also trying to hint at the gameplay of a specific enemy through their appearance, and keep enemies appropriately themed throughout the levels (which admittedly you can’t tell from this sampling).

The players started out looking more human and more gendered, but that wasn’t really where we wanted to go so we tried to simplify them and make them more universal as we went on.

Designing weapons brings out the 10-year-old in me. It takes a bunch of iteration after this, though, to figure out what’s doable, let alone what’s fun to play.

Our current level tool looks like this, so for me it’s basically impossible to use creatively unless I go in already having an idea on paper of how the level should feel.

Even for non-visual work, I can’t function without a sketchbook beside me to help organize my messy brain.

Jamie keeps a sketchbook as well, although since he also does more coding, he ends up with lots of mathy diagrams.

Our main programmer Adam keeps a notebook too, though his artwork can be quite, uh, minimalist.